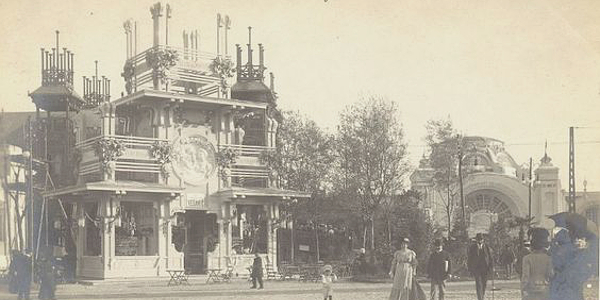 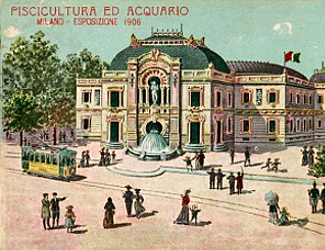 Sanction and Type - Prior to the Bureau of International Exhibitions. Would be a smaller scale Registered Expo like those on the 5 years of the decade today. 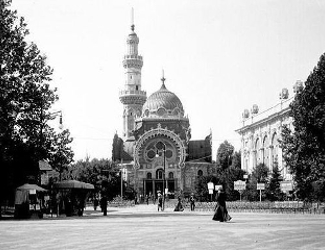 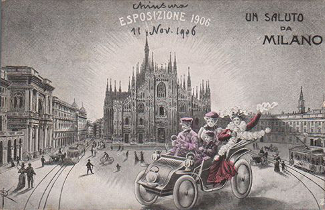 It was the first Milan expo of international scale, followed up by a variety of other special expos in between, and more than a century later by the more recent World's Fair edition of a broader scale, Expo 2015. Known as the Esposizione Internazionale del Sempione, it commemorated the opening of the Simplon railway tunnel, a twelve mile tunnel through the Italian Alps, with a Universal style world's fair that drew 7.5 to 10 million visitors to the event. Yes, that's a pretty broad range, and other numbers show an even larger spread. But lots of people came to the palaces built in the park. Even one remains, the Aquarium, now part of the Museum of Natural History in Milan.

The event was to be that celebration, essentially an expo on the theme of transportation. It would be held on two sites two miles apart, in the Sempione Parco and Piazza d'Armi, two hundred and fifty acres in total, with an elevated electric railway in between to transport visitors back and forth. Buildings covered more than a quarter of the expo site with a large amount of international participation, both official and unofficial. There were 27,000 exhibitors, with most coming from Italy 3,995, and France 2,493. 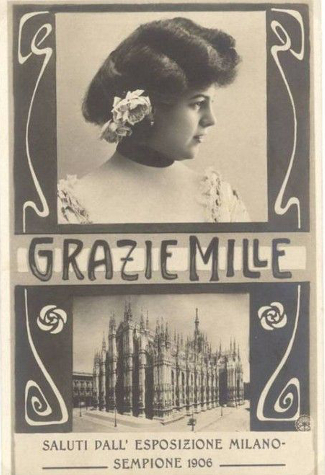 Of the international exhibitors, there were national pavilions for Australia, Austria, Belgium, Bulgaria, Canada, China, France, Morocco, Rep. of Latin America, Switzerland, and Turkey. Press reports were generally positive. The London Times reported that they liked the Belgian House, thought the aeronautics section was good, and noted that the principal exhibits were those of railroad engineering with a working model of Simplon Tunnel. They said the Milan international expo would take a week to see. 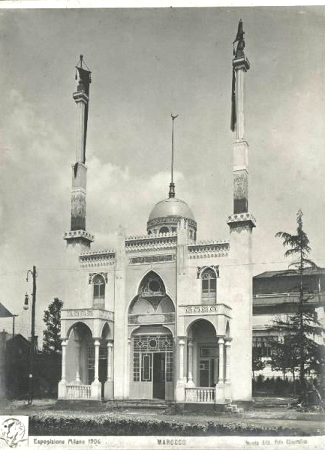 Expo Tidbits
At the Piazza d'Armi site, the pavilions were linked by a transportation system using a petro-powered tramway by Fiat.

The Piazza section housed the industrial and engineering exhibits plus the foreign pavilions. The Parco Real section included the fine art exhibits on subjects of furniture, silk, paintings, clothing, and more.

There was a dedicated Motor-Car building, probably the first in world's fair history.

There were two hundred temporary buildings built for the fair.

Legacies
The Aquarium Art Nouveau building still remains on the site, now part of the Museum of Natural History. It had been bombed in August 1943 during World War II, reopening in 1963. 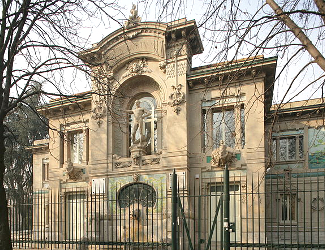