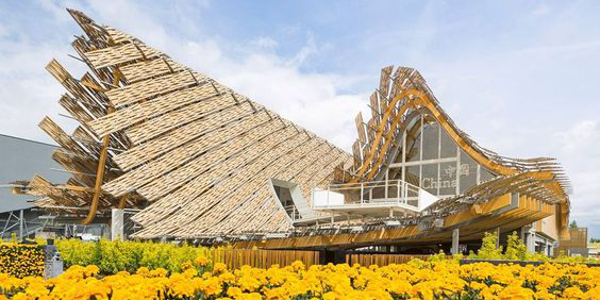 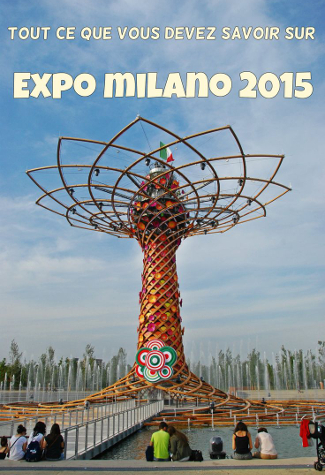 Sanction and Type - Sanctioned by the Bureau of International Exhibitions on March 31, 2008 as a Universal scale Registered Expo. 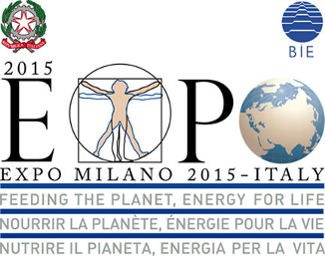 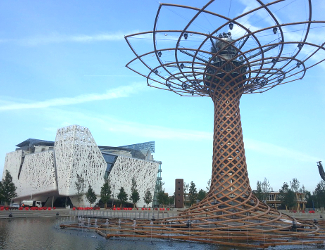 It was an expo dominated by theme and international participation with less emphasis on the commercial companies that had made such a big impression on recent world's fairs. So Milan, an expo veteran from its own exposition in 1906, but even more so due to the Milan Triennial, a periodic art and design exposition often held every three years since 1933 in the city. The theme, Feeding the Planet, Energy for Life, held important components for all nations, and solutions to those challenges were discussed in the theme pavilions as well as the participants. The expo was held nine miles north of the city near the Fiera Milano fairgrounds. Many international participants constructed their own pavilions, with some in clusters around certain topics, a slight change from many on the five years of the decade events of the registered sanction from the Bureau of International Expositions. And while it was not as large as the massive Shanghai Expo 2010, Expo 2015 in Milano met many of its expo goals, drawing over twenty-two million people (above the estimated twenty million visitors) to the northern Italian city of over nine million residents.

There were five theme areas to the site: Pavilion Zero, which tackled the theme from a United Nations perspective; Parco Biodiversita with green and garden exhibits showing agro-biodiversity; Future Food District; Art and Food; and the Children's Park, which focused on Man, Nature, and Animals. 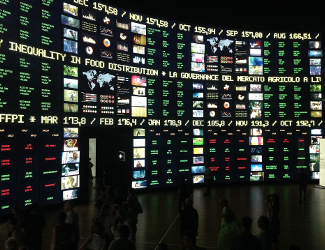 There was controversy about the project. Cost overruns, a lack of knowing if a buyer for the site would come through, and three new road projects at high cost plagued some of the press coverage, but the overall impression of the event, its theme, and the five thousand performances overcame most of that criticism during the run. With two years of planning to win the bid, and seven years to build the fair, the Expo Authority managed to create a unique expo, with cluster topics around the Bio-Mediterranean, Coffee, Chocolate, Cereal, Fruits, Cluster Islands Sea and Food, Rice, Spice, and Cluster Zone Aride. Not many, actual no, other World's Fairs could say that.

The corporate pavilions were less numerous, with major contributions by China Corporate United Pavilion, Coca-Cola, Joomoo, New Holland Agriculture, and Vanke. The Tree of Life theme structure was the most popular element of the fair with over fourteen million visitors to its show.

"Milan Expo 2015: what's the point?" - London Telegraph, May 1, 2015. Article focused on whether the money would have been better spent on other social items, but moves to saying that the project is ambitious and should be visited.

"Expo 2015: what does Milan gain by hosting this bloated global extravaganza?" - The Guardian, May 12, 2015. Article criticizing the event before opening.

"Milan's Expo 2015 Finds Success, but With a Muddled Message" - New York Times, August 15, 2015. Article provides a straight forward assessment of the fun and problems at the expo. Writer enjoys the Japan pavilion. 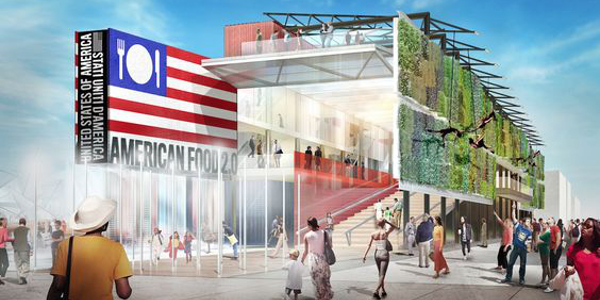 Fourteen million people attended the Tree of Life show. The tree was photographed 250,000 times and uploaded to Instagram.

Sixty Heads of State and Government visited the exhibition.

Over one hundred fifty restaurants, bars, and food kiosks on site.

Legacies
Palazzo Italia, in center of site, to remain in the post-Expo period, with the Italy Pavilion, Pavilion Zero, and the Tree of Life also remaining. In 2016, the area opened as EXPperience with additional attractions in what is called the MIND, ie Milano Innovation District. Remainder of plans still taking shape as to what legacies will remain as new plans for projects in the area take shape. 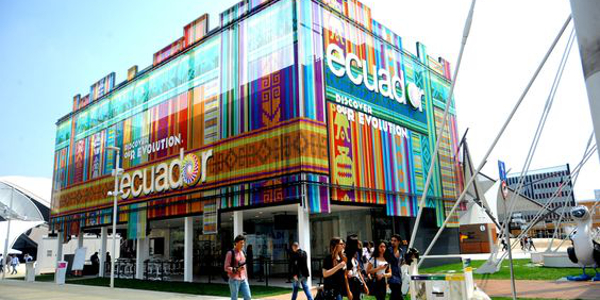