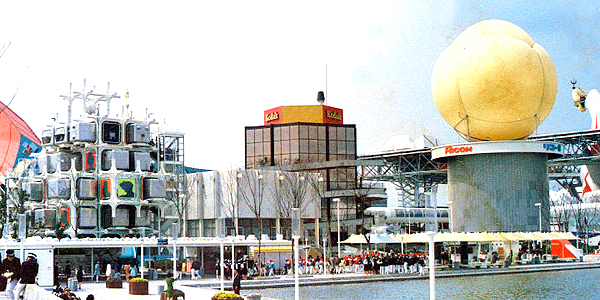 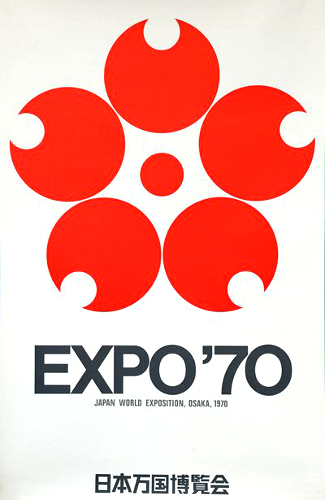 Sanction and Type - Sanctioned by the Bureau of International Exhibitions on May 11, 1966 as a Universal Expo, General Category 1. At the time of the expo, the B.I.E. sanctioned fairs as General Category 1, 2, and Special. Would be considered a Universal style, Registered event today like those on the 0 year of the decade. 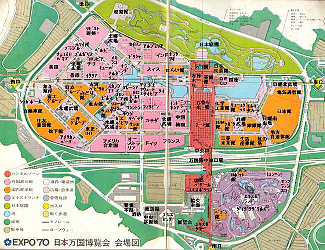 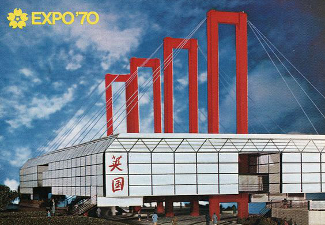 It's hard to imagine a more compelling rationale for hosting a world's fair, and the Japanese took hold of all those reasons to build and attend one of the most successful and major World's Fairs in history in 1970's Osaka. It marked the 1,000th year of Japanese history and human achievement, attempted to show the world, and did, that Japan had recovered from both the devastation of World War II and the perception of Japan as an invading nation. It was the first World's Fair of consequence in the Far East. It was a public pride project. Expo '70 tried to prove to the world that it's theme, Harmony for Mankind, was an appropriate theme for Japan to use. For Japan, it was. For the rest of the world, it was and remains a challenge.

Expo '70 was a panoply of sight, colors, and sound. The buildings, while in some ways representing a mixmash of styles, provided an amazing landscape to walk through. There were moon rocks, the Tower of the Sun, sixty-four acres of Japanese gardens, lasers, films projected on balloons, and the first film in IMAX. It was one of the first fairs to bring a huge number of official international participants to an expo, a trend that would continue. One hundred and forty-six nations were invited; seventy-seven came. Beyond the foreign exhibitors, there were thirty-two domestic exhibitors in twenty-four private pavilions. The fair was organized in three sections; Japanase Government, Japanese Commercial, and Foreign. It was organized and paid for by the Japanese, Osaka Prefecture, and Osaka City Governments. The official organizer was MITI, the Japanese Ministry of International Trade and Industry. They were responsible for the budget.

Above photo. Sketch of one pavilion at Expo '70. Courtesy Pinterest. Below: Korean Pavilion at Osaka 1970, 1970. Courtesy Wikipedia Commons. 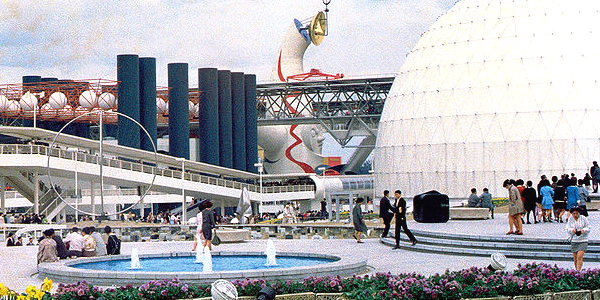 The fairgrounds were designed around seven theme plazas for each day of the week. The pavilions rose around the fair in many ways in stark contrast to each other. The Tower of the Sun, the theme structure, was kinda supposed to be the tallest structure at one hundred ninety-eight feet. The Soviet Union built their pavilion to rise three hundred and fifty-seven feet. The United States went the other way; most of their pavilion was under ground.

The fair was a big success, particularly in the area of attendance, national pride, and showing the world the progress that Japan had made into polite and capitalistic society since World War II. Some reports indicate a profit, $54.3 to $146 million dollars from various sources, although a profit in a government funded enterprise is often subject to accounting. How do you charge off elements, such as infrastructure, that will remain? In any case, the Japanese people saw it as a success, starting off a remarkable run of hosting international, national, garden, and other expos for the next twenty-five years (Okinawa, Kobe, Tsukuba, Osaka Garden, Nagoya just to name a few). That jived with the impression visitors had while at the fair. 76% of those surveyed thought Japan should host an expo again, 39% thought the expo was good, 17.1% very good. Among facilities of the Association, the Festival Plaza and fountains made the biggest impression.

Of course, there were detractors and concerns along the way. Despite increasing hotel capacity in Osaka from five thousand to ten thousand rooms, there were perceptions that would not be enough. The New York Times, on January 17, 1970, published the headline, "Expo Nears & Osakans Brace for Influx of Relatives," stating that the 50 million expected visitors would have to bed down with an aunt or uncle, not in a hotel room. By September, they were lauding the fair, "At the Osaka Fair, Overwhelming Crowds." Not sure if they were still concerned about where all those over sixty-four million stayed. Facts were more people came not needing accommodation than envisioned; lots more day trips.

Leonard Levitan, Levitan Design - "Peace and Harmony" was the first Asian Expo ever and marked the rise of Japan from the ashes of war. It reflected a new Japan that wanted to show a new attitude that negated their militaristic past. The best example of national pride, both of the citizenry and the government together is Japan. The Japanese love Expos. Where the federal government of a country is firmly behind an exposition, as in Canada, Osaka, Spain and Korea, budgetary problems always come up, but were always surmountable. All that was needed was sufficient justification." 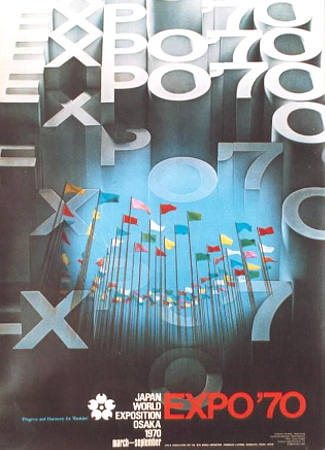 The Amusement zone at Osaka had the Daidarasaurus, an elaborate roller coaster 1,000 meters long reaching 65 km/hr.

T.I.H. Prince, the Crown Prince of Japan, in his official capacity as Honorary President of the exposition, visited fourteen days and toured all 142 pavilions, including 34 domestic, 76 foreign, 15 pavilions of international organizations, provinces, states, cities, and 17 others.

Expoland: Amusement zone divided into six sections; Space of Planets, Plaza of Wind and Water, Land of One's Self, Central Plaza (Daidarasaurus roller coaster ride, etc.), Ride Center, and Woods of Recollections . Expoland covered 172,500 sq. meters (17.2 hectares, 42 acres). Expoland started slowly due to bad weather, but increased upon beginning of summer vacation season, reaching total of over 4.5 million in August. Most used area was Gameland with 8,148,951, then the Daidarasaurus 2,858,488, and Glass Castle 2,819,193.

There had been plans for a 1940 fair, which were halted when World War II broke out. All surviving tickets were honored at Expo 70.

Legacies
One of world's fairs that have cleared and developed park land because of the fair. It is now a national cultural park called Expo Commemoration Park with a Japanese Garden and the National Museum of Ethnology. A few pavilions remained after the fair: the Steel Pavilion, Expo Hall, and the Expo Museum of Fine Arts (since moved) among them. Today, part of Expoland is still there, as well as Osaka Expo '70 Stadium, the Tower of the Sun, and the Japan Folk Crafts Museum. 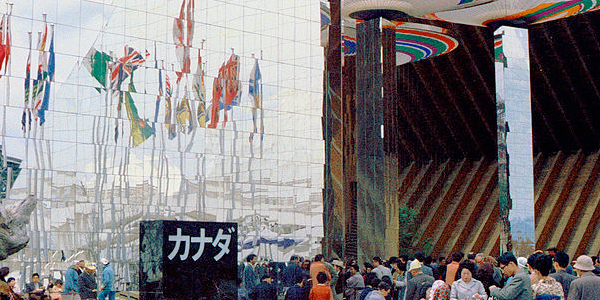