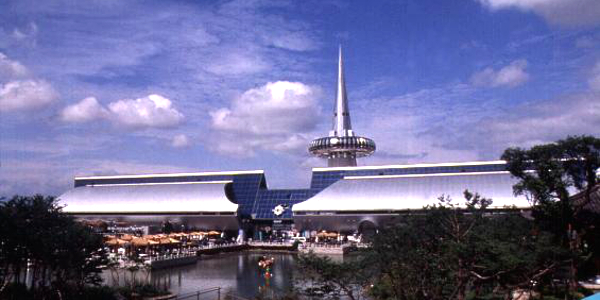 TAEJON, SOUTH KOREA 1993
Expo '93, The Challenge of a New Road to Development 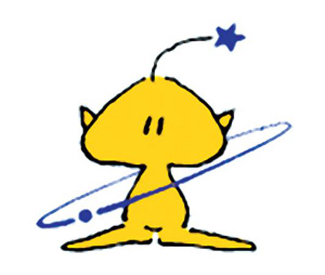 Site Acreage - 62 acres (expo, including science park, which was part and parcel of expo was 125 acres). 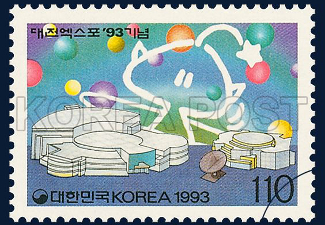 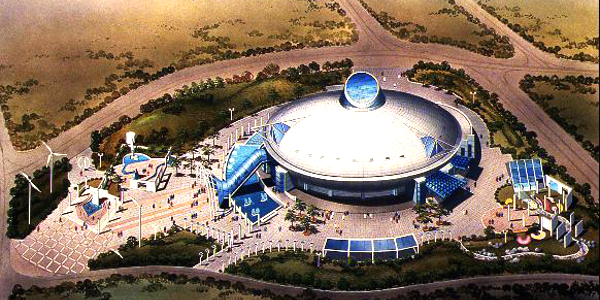 Expo '93 was a small scale specialized expo that extended its agreed upon area to include a science park next door. The Bureau of International Exhibitions frowns on that, but, overall, despite a location in an unknown area to most world visitors, Teajon and Expo 1993 did well. The Republic of South Korea had been very aggressive in using international events to promote their economy and country despite the tension that existed, and still does, with its namesake neighbor to the north. They had hosted the 1988 Summer Olympics in Seoul, and now were ready to host a world's fair. Both experiences turned out well. So well, that South Korea would host a second world's fair in 2012, Yeosu, and its second Olympic Games in the winter of 2018 in Pyeongchang. They were using the Japanese model, showing off their growing economic might with events backed by the government and well attended by the public, even if the public was still getting used to prosperity after years of an agrarigan based lifestyle.

The exposition would be a special category fair, to be held on sixty-two acres, for three months. The use of the Science Park doubled the size. It drew a large amount of international participation, including the United States that had balked at its first suggestion. One hundred and eight nations would participate; over thirty international organizations would as well. Taejon was not a small town; it had a population of one million people located one hundred and ten miles from Seoul. For those outside South Korea, however, it was unknown, but important for South Korean authorities to promote as a Science Town since 1973, expanding knowledge of the nation and its economic value beyond Seoul.

They had ambitious attendance goals, which many doubted, but they reached them. The expo site was constructed with the international exhibits in a modular building complex in the center and corporate pavilions ringing that complex. Some of the world's best entertainment exhibit companies were hired to design various pavilions. Landmark Entertainment Group designed a motion-simulator theater for Samsung Aerospace. Iwerks had 2 theatres for POSCO Pavilion and the Lucky Goldstar Pavilion. Imax had a theater for the Samyung Earthscape Pavilion and an Omnimax Theater for the Sunkyung Imagination Pavilion. Rhythm and Hues had a film for the Kia Motors Pavilion. All of these were intended to be permanant installations at the Taejon science park after the fair closed. The science park was not technically part of Expo 93, but the pavilions seemed to visitors to be part of it. 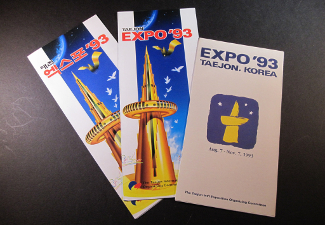 There was a Maglev train sponsored by Hyundai. The Expo theme structure would tower over the fair at ninety-three meters, the Tower of Great Light, and was built to remain. The corporate pavilions became the big draw, along with the Korean National Pavilion.

The exposition turned a significant profit, whatever that means with significant government backing. Total revenue per the Final Report stated 447,145,905,621 won ($568 million), outpacing costs. The fair was criticized due to a lack of accommodation nearby, with many exterior fair visitors staying in Seoul, an hour and one half ride by train. Some stated that the theme was used unevenly, a staple criticism of most world's fairs. There was grumbling from the participating nations that they'd taken a back seat to the large Korean corporations. However, despite those negative thoughts, Expo '93 was friendly, clean, and well-organized, even though it did have long lines. Of the international pavilions, Malaysia, Italy, Iran, Switzerland, and Canada were thought of well.

Leonard Levitan, Levitan Design - "Their theme was a complex idea and may have been lost in the translation. "A New Way of Development" It had little to do with Taejon which was selected because the government was trying to bring attention to another part of the country besides Seoul. In Taejon, I don't think anybody cared about the theme. It just made the government feel good. Taejon played a trick on the BIE at the last minute (science park addition). The BIE almost closed them down. Where the federal government of a country is firmly behind an exposition, as in Canada, Osaka, Spain and Korea, budgetary problems always come up, but were always surmountable. All that was needed was sufficient justification. Some expos have no interest in attracting visitors from too far away. Asian fairs are for Asians and the expectancy of overseas visitors is very small. The upcoming Expo 2000 has little interest in the attendance of American visitors. Their expo is for Europe. Taejon expected only Korean and Japanese visitors. "

Jim Ogul - "Taejon took corporate participation to a level exceeding Tsukuba. I think that the Asian culture interweaves government and business much more than Western cultures so the host governments strongly encourage private sector involvement and they get it. Private companies at Taejon and Tsukuba put up numerous $30 million plus pavilions. For many of these cities it was the first time for a major event of this magnitude. Some of the inexperienced cities did very well. I thought Tsukuba and Taejon did very well especially at handling very large crowds. Also the national days worked like clockwork. As an American with no language ability in either Japanese or Korean, the hosts made it almost as easy to deal with the issues of my job as being home in the States. Very enjoyable and interesting experience. Teajon required a three hour trip from Seoul by car or train - most of the visitors were Korean." 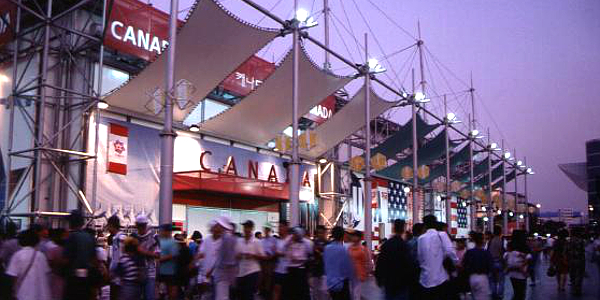 Taejon laser, light, and water show at night was projected over Kapcheon River onto three giant mist screens that were three stories tall.

Legacies
Science is My Friend became the theme of new Taejon Expo Science Park, which opened in June 1994. Includes several pavilions from fair plus amusement zone. Earthscape Pavilion, with largest permanmently installed projection screen in the world at the time meant to be permanent structure in science park. Tower of Great Light to remain, renamed Hanbit Tower. There is also now an Unification Hall and Expo Memorial Hall on site, as well as a National Science Museum, Starquest, Technopia, and Visions of Korea Pavilion, plus other science facilities in the park.

Chairman for Expo '83 was Myung Oh. 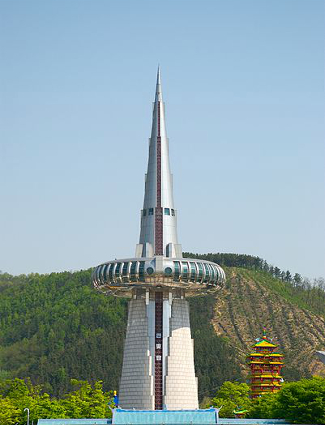