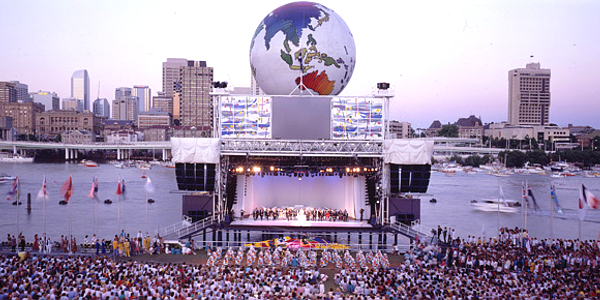 BRISBANE, AUSTRALIA 1970
Expo '88, Leisure in the Age of Technology 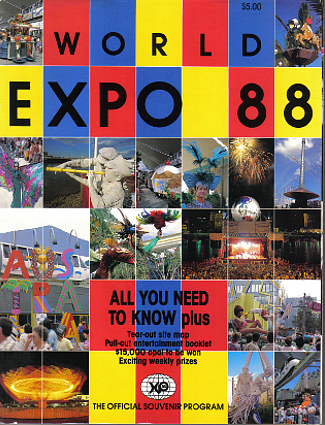 Sanction and Type - Sanctioned by the Bureau of International Exhibitions on 12-7-83, as a Special Category Expo. Would be considered a Special theme, Recognized Expo today like on the 2-3 or 7-8 years of the decade. 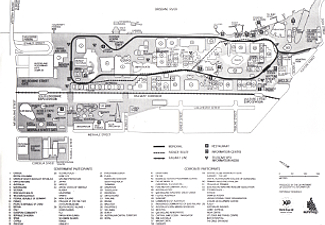 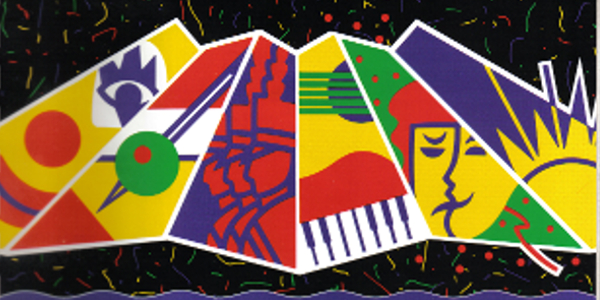 Bright seems to the operative word for the Special category Expo that Australia championed in their leisure province of Queensland to celebrate their Bicentennial. There were colored sidewalks, brightly clad Expo guides, vibrant sails over the walkways, and boardwalks along the river. Well attended and well organized with great promotion, the fair on the theme "Leisure in the Age of Technology" met most of its lofty goals. Over fifteen million visitors climbed through the gates to witness the exhibits of thirty-six nations, provinces, and corporations along the ribbon strip of land of the Brisbane River. Vibrant sunsails canopied the site, creating a unique visage, as well as keeping the visitors out of the sun. Originally expected to draw 7.8 million guests, the fair exceeded that expectation by a mile.

There was an amusement section known as World Expo Park, and the entertainment program, both at stage onsite and next door at the Queensland Performing Arts Center was broad. There were 14,000 performance, twice daily parades, nightly fireworks and laser shows, an aquacade, and more. 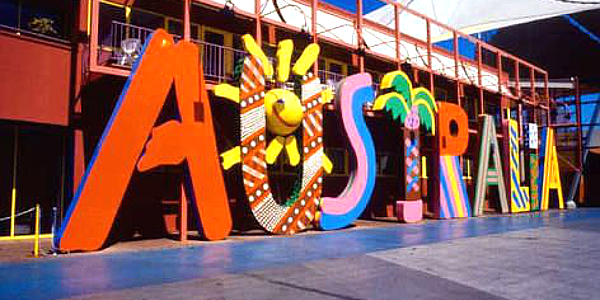 Despite the success of the fair (there were more than double the season tickets sold than anticipated), it took its fair share of criticism. Some thought the expo mascot, Expo Oz the Platypus, which was created by Disney, had a bad hat and looked like a duck. On a more serious note, a portion of the Aboriginal community were not happy about the bicentennial celebration at all, as it celebrated two hundred years of white rule. Of course, in an odd, ironic, but let's make peace kind of way, the main show at the Australia pavilion was about them. In the end, there was a budgeted loss, that was dependent on site redevelopment. Some think that the initial goals for the site has not been met, although it has been transformed into parklands, a Convention center, and more.

Historian/Participant Perspective Leonard Levitan, Levitan Design - "Usually everybody, the citizenry and the local politicos, love expos once they are open, but up to opening day, most of the general citizenry including government officials, don't know what to expect and are both critical and curious, anxious and terrified they will be crucified for burning taxpayer money. To assuage their fears and protect themselves, everybody is critical, especially the local press that smells blood. Brisbane had high support from most Queensland citizens, but their premiere, Belke-Peterson, was a maverick, disliked by the rest of Australia. The Expo also ran up against strong protests from the Aborigines who titled it: "Xpo! Death of a Planet" Queensland is the leisure state in Australia so the theme of "Leisure in the Age of Technology" is relevant to the State, but not so much the city. "

Bell - "Reason of pride was that Queensland, large in area but small in population, had the foresight and courage and determination to "Together we'll show the World" achieved and carried out this event far ahead of the other states. They showed no confidence in the event, in deed they were not even going to have a display untill the last moment. It was a first class event, judging by the season passes and amount of overseas visitors who came and stayed.

TV Channel 10 had completed, continuous coverage of events, The opening and closing days ran almost 24 hours. This encourged more to attend again and again. Brochures, handouts, newspaper coverage all helped. (New Ideas) Applauded - some treasures of the Vatican had never left Rome before. Transportation - cleanliness - no litter on site or any surrounding streets. Excellent bus and train services and numerous car parks. Together we'll Show the World encouraged local people to offer voluntary work, put on our best faces, and make this the magnificent occasion it was. It put the Q Back into Queensland (judging by the enormous queues at each Stand) Queenslanders are very patriotic people, and believe in our state. Specially when we achieved something none of the larger populated states would even attempt." 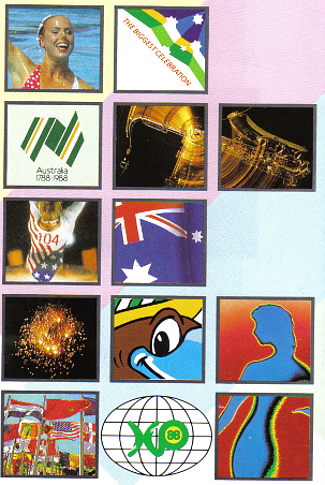 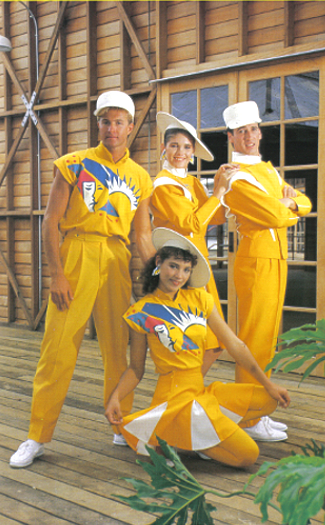 Monorail went through the Australia and Queensland pavilion.

The stage performances of the entertainment program were held at the Queensland Performing Arts Centre, which was adjacent to the site.

World Expo Park: Amusement zone was open 10 a.m. to 10 p.m. with entry included in Expo price. There were three rollercoasters, a mock space ship Orbitron, and other attractions.

Legacies
There were great intention for the post legacy expo site. The winning bid for post-Expo development went to River City 2000, who were to begin a six year A$1b project with two hotels, world trade center, low-rise offices, "space science" center, amphitheater, exhibition and convention center, commercial space, residential and retail accomodations. There was also to be parkland. Today the site is home to South Bank Parklands with the only remaining structure the Nepal Peace Pagoda. Two of the entertainment venues, Riverstage and Courier Mail (Suncorp) Piazza remain in some form in the parklands. The World Expo Park amusement park continued for one year, but was closed. It now is the site of the Queensland Convention and Exhibition Centre. 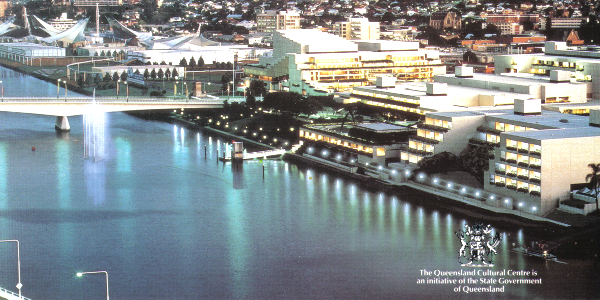