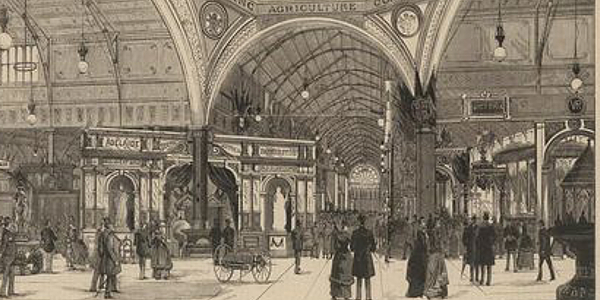 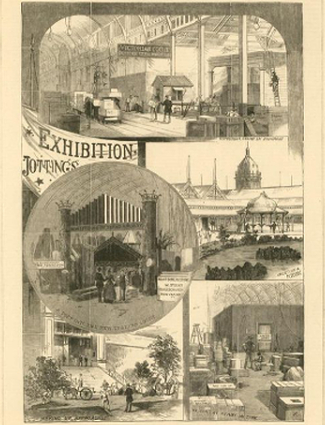 International Participants - 31 Nations and 18 Colonies. There are other sources that state that there were 93 participating states, but it is unknown what they are referring to as states.

Sanction and Type - Prior to sanctioning by the Bureau of International Exhibitions. Would be considered a Special category Recognized event today due to size and participation like those on the 2-3, 7-8 years of a decade. 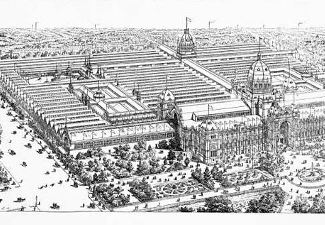 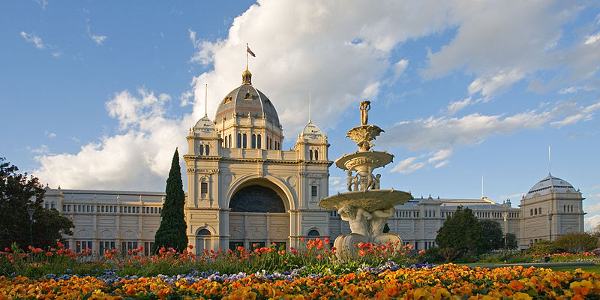 It was to be a celebration of the centenary of white settlement on the Australian continent, something that may not have gone too well with the Aboriginal population. But the Centennial International Exhibition was to be just that. There was an intense competition within the various colonies and cities of Australia to be seen as the most important. There was no national government, and would not be until 1901. In the meantime, Sydney, Adelaide, and Melbourne, as well as others, vied for supremacy. Hosting a second international exhibition only eight years after the first put Melbourne, or so they thought, in that lead.

Some think of the 1888 fair as less international than Melbourne's 1880 edition, and due to its focus on the Centennial of the Australian colonies, that has some accuracy to it, but not completely. There was significant participation by international and colonial states. Whether that be the ninety-three number some reports state or less, as noted in the exhibit section of the official catalogue, it still represents a significant international presence. Today, colonies are nations, and when we count their presence at international events, they are listed in the total. Probably fair to give Melbourne's Centennial the benefit of the doubt on that account, especially considering that the British government itself was involved in the invitations to foreign nations. They invited the United States to exhibit on June 12, 1887. Washington accepted and would spend $50,000 on their exhibits.

The fair would be held in the Royal Exhibition Building built for the previous fair, with additional annexes and structures on the grounds surrounding it, such as the annexes for the participating nations called the Grand Avenue Of Nations. The exhibit buildings had a total floor space of 1,691,851 sq. ft. It was organized in a boom cycle of the city, creating an atmosphere for organizers that led to both positive (they gave exhibit space and electricity away to 10,240 exhibitors for free) and negative (that led to loss amid a downturn in the economy). Above photo. Royal Exhibition Building in Melbourne today, a World Heritage Structure. Courtesy Wikipedia Commons. Middle: German Beer Hall at the Centennial, 1888. Courtesy State Library of Victoria via Pinterest. Bottom: Centennial International Exhibition Coin. Courtesy Pinterest. 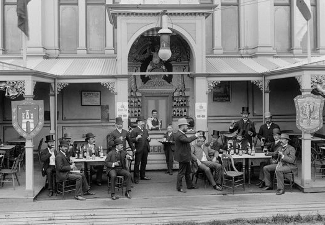 Many reports in hindsight suggest that the Melbourne Centennial was a failure, although that seems harsh. Yes, it lost money, which Victoria expected considering their liberal policy of exhibit space for free. Yes, there was less luster to the second Melbourne fair than the first. But throughout the event, commissioners of the various colonies spoke of a federation. It would come in 1901. So in many ways, the Centennial of white settlement in Australia held in colonies that were in competition between themselves for prestige and commerce, led to the founding of Australia. Hardly a failure as an outcome, well, unless you were the native Australians. One odd note to what Victoria Colony folks thought would come of Australia; there were predictions that by the year 2000, Australia would have a population of 189 million. They were off a bit. In 2001, Australia's population was 18.7 million.

Matthew James - "Australia had no national government until 1901 so the Sydney and Melbourne events reflected intense competition between colonial cities. In 1888, a severe economic downturn shook Melbourne."

"Melbournians in particular saw the Exhibition as a confirmation of their status as a world commercial city. All manner of goods, patents and inventions were displayed and the exhibition was a factor in the city's spectacular growth over the next decade. There was little disagreement in the early stages of planning and great excitement at the opening but when it closed major newspapers expressed disappointment. It also ran at a great loss. "

"The first two Sydney/Melbourne events were focused on their own colonial cities with intense rivalry between them. The 1888 event however was a national commemoration of Queen Victoria-era achievement. The theme was again the coming of European (mostly British) civilization to the new land - Australia. The Melbourne 1888 fair marked the end of an era of prosperity and moves to Federation. It is interesting to note that in 1901, its exhibition building became the temporary home of the Parliament of Australia."

Martha Sear - "As Australia did not become a nation until 1901 it is hard to gauge 'national pride' in relation to Australian fairs. I've taken the colonial pride evinced by each event as its equivalent. The 1888 exhibition expressed a complex 'celebration' of the first century of Australian settlement, it took place in a colony which was not turning 100, but had 'poached' the prestige of the exhibition from New South Wales, the 'mother colony'."

"As these were in large part first-off events held in rapidly developing 'new' cities, the influx of visitors and ideas had a positive impact on local business and infrastructure." 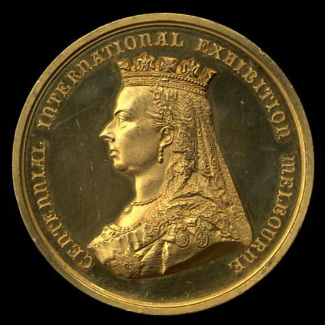 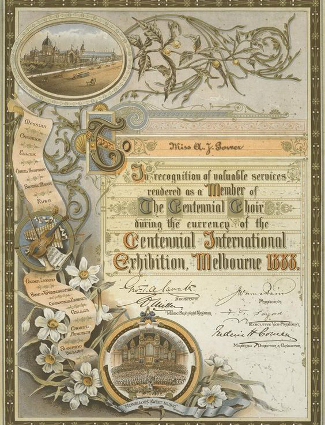 Note: It is sometimes difficult to tell whether certain nations or colonies actually participated in a significant way, especially in joint pavilions. For example, what did the South America listing contain, and what were they referring to in some sources as having ninety-three participating states. Newspaper reports as well as the official guidebook may indicate participation when actual participation did not occur, or occurred minimally. Take the above as a guide, not gospel. Same could be said for whether you should count individual parts of a joint colony as one colony or more.

Despite the expo loss, the net increase in revenue for the colony as a whole in 1888 vs. 1887 shows an increase of $7 million, nearly 16%, thus affording the luxury of holding the exhibition.

Legacies
Royal Exhibition Building, built for the 1880 fair, and used again for the Centennial.

George Higinbotham, Chief Justice of the Supreme Court of Vicitoria, was president of the exhibition. 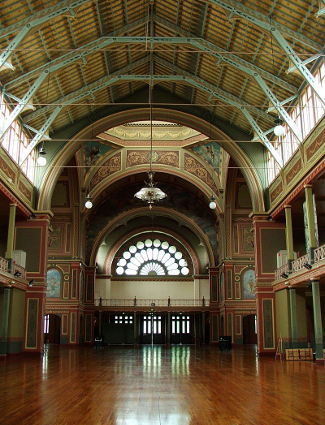 Sources: Official record of the Centennial International Exhibition, Melbourne 1888-9; History of Fairs and Expositions; Book of the Fairs; The Great Exhibitions; New York Times; London Times; Historical Dictionary of World's Fairs by Alfred Heller; History of Fairs and Expositions; "Oh, So Many Fairs" by Mike Gregory; "World's Fairs and the End of Progress, an Insider's View," by Alfred Heller; Reports of the U.S. commissioners to the Centennial International Exhibition at Melbourne 1888.