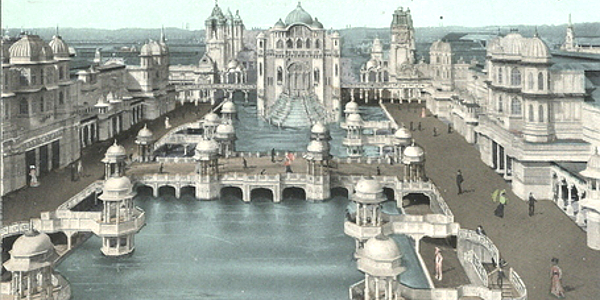 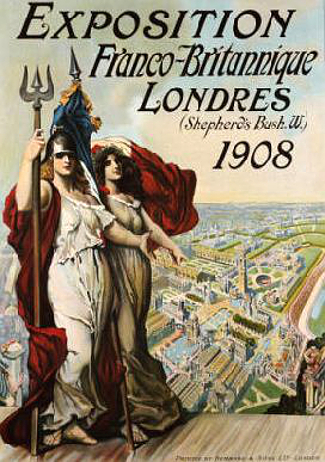 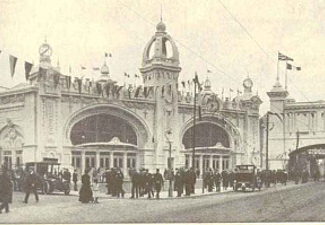 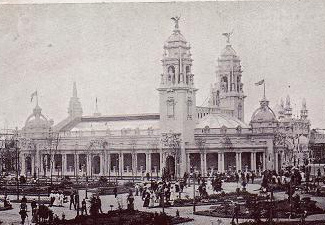 It's an odd exhibition for many reasons. Considered an outstanding success at the time, the exposition, confined to the nations and colonies of the British Empire and French Empire, was actually a clarion call that both of those empires were waning and were ceasing to be competitive with the rest of the world that was barred from participation. Twinned with the Olympic Games, a poor second cousin to international expositions at the time, they were managed by the British Olympic Committee, which managed them well. The Olympics were held in the Great Stadium, sixty-eight thousand seats, later renamed the White City Stadium after the fair's buildings, plastered bright white in a dazzing display. The reason for hosting a colonial exposition with only France and Great Britain involved was the 1904 Entente Cordiale peace accord. Apparently they wanted to keep that peace to themselves, but they may have wanted to clue in their colonial possessions, who were beginning to want their independence over peace.

The fair was a unique blend of entertainment and education, something you would, at the time, had expected, since the exposition was run by Imre Kiralfy, a Budapest born P.T. Barnum type entrepreneur known for his spectaculars in Europe and the United States. His company, the International and Commercial Company Ltd., ran the Franco-British Exhibition as a private venture, (name later changed to Shepherd's Bush Exhibition, Ltd.), and based it on the American Model, even named his fair the White City after the World's Columbian Exposition in Chicago 1893. And the Franco-British White City site would be used again, yes, recycled from 1909-1914 with a series of five additional expositions called the White City Exhibitions, in total, (held in 1909 (Imperial International), 1910 (Japan-British), 1911 (Coronation), 1912 (Latin-British), and 1914 (Anglo-American), although they did not reach quite the same heights as the first.

Above photo. Postcard of the Palace of Applied Science, 1908. Courtesy Pinterest. Below: Souvenir Stamp from the 1908 Franco-British Exhibition, 1908. Courtesy Wikipedia Commons. 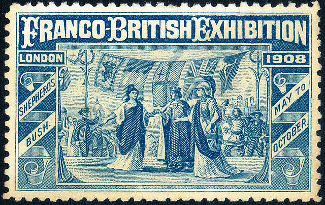 The Franco-British exhibition had large scale leisure attractions, the first for a British exhibition. Kiralfy built an open-air theatre for three thousand and a two hour show, the Alfresco Spectacular, Our Indian Empire which mesmorized visitors on how the British had civilized India. There was also the Flip-Flap ride and fireworks three nights a week. Thirty thousand people attended the opening ceremonies with the Prince and Princess of Wales in attendance. By 6 o'clock on opening day, 123,000 people had visited.

There's no denying the success of the exhibition. It showed a surplus. The Olympics went well. The public loved it and came in droves. And then, over the next fifty years, both empires crumbled.


Peter Hoffenberg - "National pride for English shows was less after 1851 and less in the case of private shows. But, the exceptions are important: The Colonial and Indian revealed pride in England and Empire; the Franco-British was a way to contrast one nation against a fellow European nation. So, pride was there, but perhaps not as explicitly as 1851. Host cities and commissioners expressed pride. London in 1908 suggested two countries, such as the previous Japanese-English shows. This would allow England to include its colonies of course. The Entente Cordiale assisted the London show in 1908." 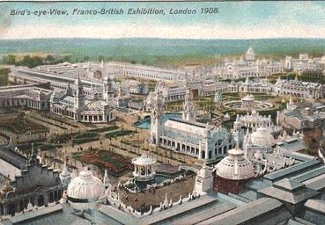 There was an added charge for amusements 6d.

The Irish Village (Village of Ballymaclinton) had 2 million visitors. The boats on the Court of Honor lake were used by 1,108,700.

Legacies
The White City site was used for five more exhibitions from 1909-1914. That ended with World War I when the site was used to train troops. The only remains from the fairs is the inside of the TA building on South Africa Road. White City Stadium lasted until 1985 when it was demolished. It hosted a variety of events over its years, including World Cup matches and greyhound racing. 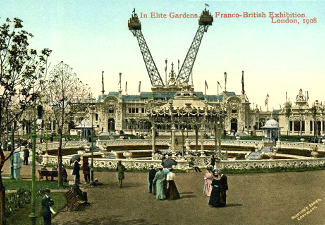