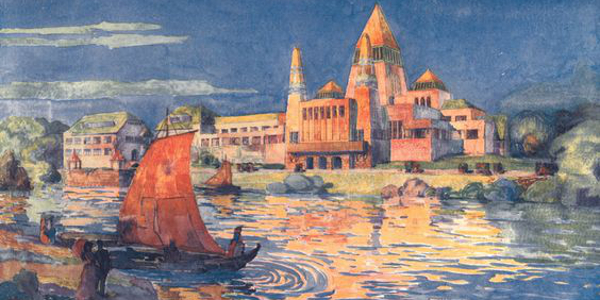 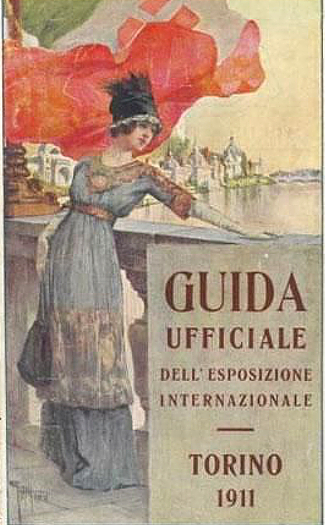 Sanction and Type - Prior to the Bureau of International Expositions. Would be considered a Registered Expo like those on the 5 year of each decade today. 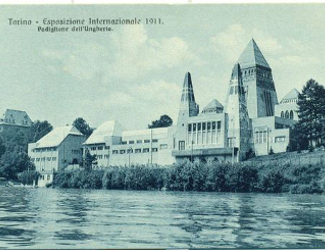 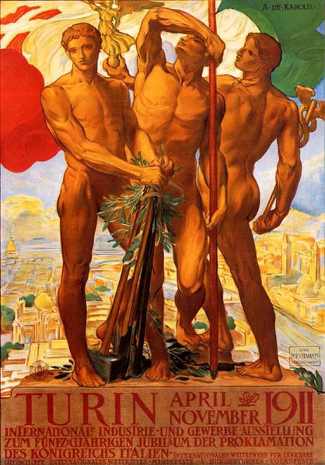 It was officially known to its Italian patrons as the Exposizione Internazionale d'Industria e de Laboro, and would have a lesser thought of twin on the artistic side in Rome the same year. Yes, there was a lot of competition on the world stage for expositions as the the second decade of the twentieth century began, although some of it would be thwarted by World War I only a few short years later. There was the Scottish Exhibition of National History, Art, and Industry held in Glasgow 1911, a continuous stream of London events of smaller stature, and the just closed Brussels fair of 1910. After the interruption for war, the plethora of fairs would start again, prompting the Bureau of International Expositions to come into effect in 1928.

For Turin and Rome, their fairs would celebrate the 50th anniversary of the reestablishment of the Kingdom of Italy when Victor Emmanual II was proclaimed. Turin's half would encompass nearly two hundred and fifty acres around the Valentine Castle on both banks of the River Po. It stretched for nearly two miles and the opposite sides of the banks were connected by four bridges, including a two level bridge with a moving sidewalk on the lower level. That wasn't the only way to get across. There were motor boat launches and an aerial tram. Exhibitors were coaxed into participation from across the globe; by 1909, Great Britain was planning 263,718 square feet of exhibits and options for 123,786 square feet for its Dominions and Crown Colonies. The British exhibits ended up on five acres of land overlooking the fountain from the small Turin exhibition of 1898. Great Britain had sections called The Chemical and Physical Section, Books and Furniture, Motor-cars, Machinery, plus Ceramics and Textiles. The United States exhibit was the largest ever sent to a world's fair abroad. Its subject, ... the Panama Canal.

The opening ceremony was held on April 30 in the Palace of Festivals by the King and Queen of Italy. It was unfortunate the exhibition was not fully complete by its opening. A cold spring and general strike had caused significant delays. The British pavilion did not open until May 19. However, the delays and lack of completion did not seem to dampen th enthusiasm of the large crowds who flocked into the exhibition. Overall, there were fifteen thousand exhibits. The Hungarian Pavilion was voted the best national pavilion. 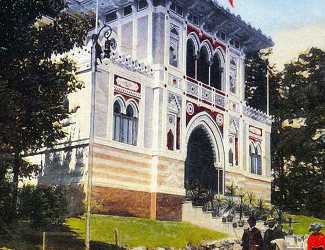 By the end of the six month run, over seven million people had attended the exhibition and its one hundred and twenty-five buildings.


New York Times - March 26, 1911 - "Italy is Absorbed in Jubilee Fetes." The article noted that neither cabinet crises nor Municipal row at Rome diverts attention from the exhibition. It also mentioned the Art exhibit at Rome. 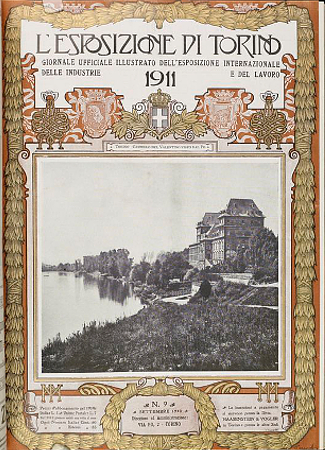 Note: It is sometimes difficult to tell whether certain nations or colonies actually participated in a significant way, either officially or unofficially. Newspaper reports as well as official publications may indicate participation when actual participation did not occur, occurred minimally, or can miss unofficial participation at all. Take the above as a guide, not gospel.

Expo Tidbits
Piazza of the Cascades was one feature of the exhibition. 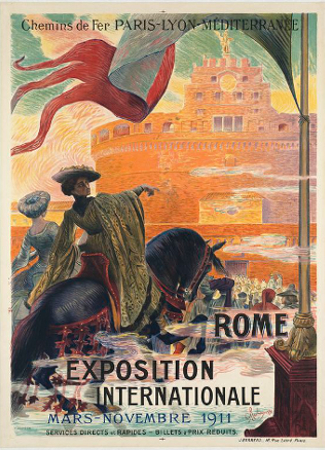 Rome Exhibition 1911
The Rome Exhibition of Art opened March 27, 1911 with a formal ceremony in the Palazzo delle Belle Art, a permanent building of the exhibition. It was a brick structure with 150' of frontage. The King and Queen of Italy opened the event. The Vatican was neutral despite protestions against the entire Jubilee by the Pope, who considered it a celebration of conquest of the city of Rome against the church. They, the Vatican, eventually decided to keep their museums open, after stating they would close them to hurt tourism. When the public was allowed entrance a few days later, April 1, there was international art from Japan, Austria, Germany, Russia, the United States, Netherlands, Belgium, Hungary, France, Norway, Denmark, Switzerland, and Great Britain. J.P. Morgan was president of the foreign committee. There were twelve buildings housing the art of the various nations. An archaeological and ethnographic exhibition was also held, opening in May, on different sites in Rome.

After the exhibition closed on December 1, the Italian government bought works of art from all participating nations for their Royal Gallery of Modern Art in Florence. 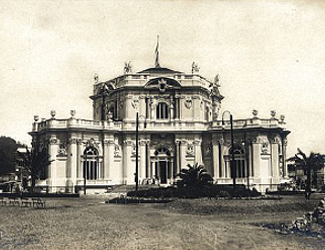