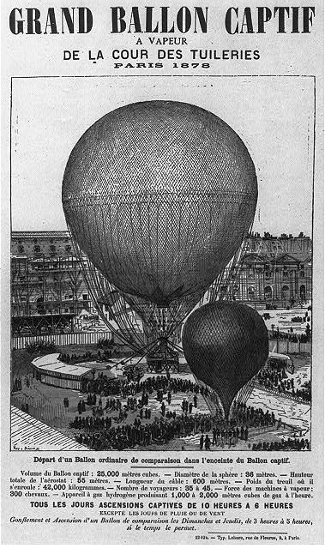 Site Acreage - 192 acres of Champ de Mars on one bank of the Seine and Trocadero Hill on the other.

Sanction and Type - Prior to the Bureau of International Exhibitions. Paris 1878 would be considered a medium scale registered event today.

The third Universelle Exposition in Paris, known as the Exhibition of the Works of Art and Industry of all Nations, followed in the footsteps of the previous two. It was held on one hundred and ninety-two acres on both side of the Seine River, of which seventy of them were covered in exhibit halls around the site. There were fifty-two thousand exhibitors, about half French and the other international. And what were its stars? How about the phonograph, typewriter, and the refrigerator.

It was a difficult fair for France to host, as the losses in the war left the Third Republic with little extra money as they rebuilt from the 1870-1 conflict. There were also questions about pending conflicts; one clue to that, Germany was not exhibiting and it was now a coordinated nation. So, it was natural that the 1878 exposition was a more serious affair than that of 1867, although it did have its whimsy. Sixty-one thousand gallons of water cascaded down the southeast face of Trocadero Hill to the river ever hour. The head of the Statue of Liberty, Bartholdi's Light was exhibited outside the main building as it waited to be shipped to New York.

Exhibitors and hotel keepers were delighted at the larger fair than that of 1867, despite the cost. Of course, there were other detractors past those worried about money. The clergy urged the public to stay away, stating that the opening ceremony was without religion. 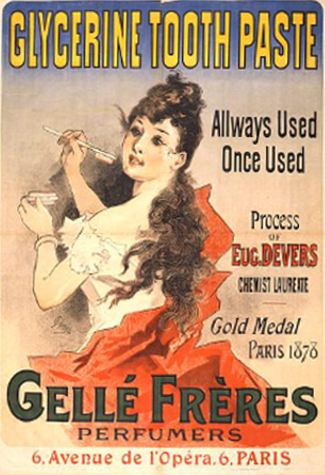 The main building, the Palace of Industry, was a temporary structure two thousand one hundred and thirty-two feet long by one thousand one hundred and forty-eight feet wide. It included the Rue de Nations, where facades led to national displays, returning to the traditional idea of a single building instead of national pavilions for the majority of exhibits, except for a few small pavilions outside. The Fine Arts Building, the Trocadero, was a lavish permanent structure. From the Trocadero to the Seine was the Parc where fountains, restaurants, an aquarium, and foreign pavilions, including Egypt, Algeria, Tunisia, Morocco, Persia, China, Japan, Norway, and Sweden were located. Other pavs on the eastern edge of the Palace of Industry were Netherlands, Portugal, Denmark, Belgium, Switzerland, Russia, Austria-Hungary, Italy, England, Spain and the United States.

The total number of of biuldings was twenty-five, including two major exhibit halls, seventeen national pavilions, two commercial exhibitor buildings, one art palaces, one colonial pavilion and it did have agricultural and livestock displays.

The fair did not turn a profit, even after the Trocadero was sold. Many thought it was worth it, after the Franco Prussian War eight years before and the political changes to the Third Republic, to prove that the new regime could put on such a show and that they were still in the forefront of nations despite the defeat to Germany. It also had the effect of calming the nation after the political upheavals in 1877.

Who Came to the Fair?

Heads of state also came. The procession on opening day included the Prince of Wales and Queen Isabella. The Crown Prince of Denmark attended later. 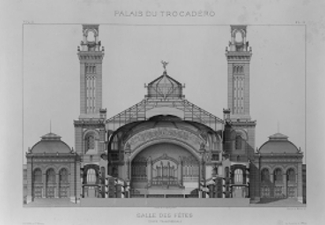 Expo Tidbits
Gustav Eiffel designed the roof of the main entrance and the side pavilions.

Two innovations at the fair included rails under the floors which were used to bring in and take out exhibits easily, plus a better ventilation system, which was also beneath the floor.

Thomas Cook & Sons, excursionists, carried more than 75,000 American and English visitors to the fair, purchasing from the Minister of Finance over 400,000 admission tickets, lodging average 450 persons per night.

Total number of persons visiting Paris in 1878 during the six months of the fair was 571,792, 308,000 more than the year before, thus giving Paris added $15 million in indirect benefits.

Legacies
International congresses on various topics were held in Trocadero Palace, some with far reaching effect. Victor Hugo headed a Congress for the Protection of Literary Property which led to the eventual formation of international copyright laws. The Congress for Amelioration of the Condition of Blind People led to the world adoption of the braille system.

Trocdero, the Fine Arts Palace, was a permanent building that was also used for the Paris 1889 and Paris 1900 fairs. It was torn down in the 1930's and replaced for the 1937 exposition.

Thai pavilion still stands on the Domaine de Mantelon, at least as of 1993. It was inspired by the Grand Palace of Bangkok and included exhibits from the king.

The ornamental gateway was purchased by James Duncan and installed on his estate near Dunoon, Scotland. It became know as the "Golden Gate" and the estate is now the Younger Botanical Gardens. 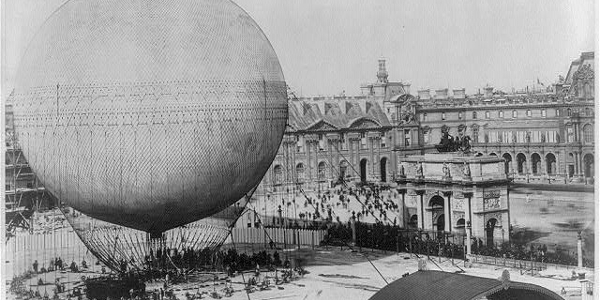 Yes. Yes. French President McMahon decreed that the exposition would be held on April 4, 1876, and it was santioned by law on July 29, 1876. Commissioner General was J.B. Krantz, Senator of Finance.

Sources: Story of Exhibitions; "Oh, So Many Fairs" by Mike Gregory, Fair News November 1993; "France and the King of Siam: An Asian King's Visits to the Republican Capital" by Robert Aldrich; The Anthropology of World's Fairs; London Times; New York Times; Ephemeral Vistas; Historical Dictionary of World's Fairs by Alfred Heller; History of Fairs and Expositions; Worlds Fairs from 1851-1893; Les Fastes du Progres; Reports of the U.S. Commissioners to the Paris Universal Exposition of 1878. Bureau of International Exhibitions.