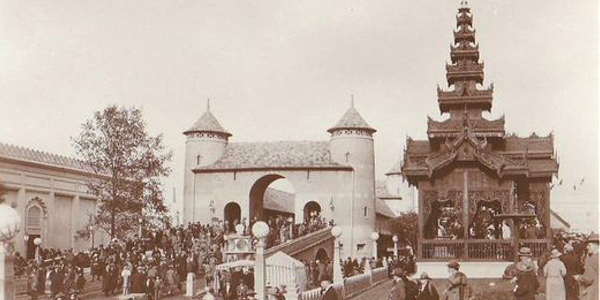 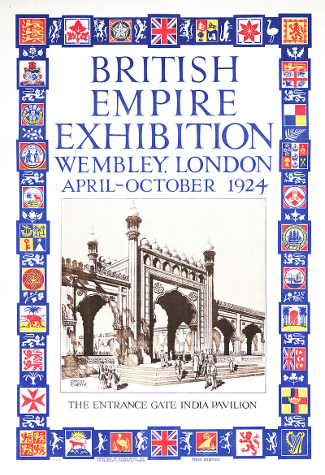 International Participants - 6 nations and 52 colonies/protectorates. In 1925, Burma, Sarawak, and Malta did not participate. Southern Rhodesia did.

Sanction and Type - Prior to sanctioning by the Bureau of International Exhibitions. Would be considered a Special category Registered event today like those on the 5 years of the decade.

Ticket Cost - Admission 1s 6d, children 9d. That entitled the visitor to almost everything except the Palace of Arts, Queen's Doll House, Admiralty Theatre, Tibetan Dancers, and the Amusement Park. 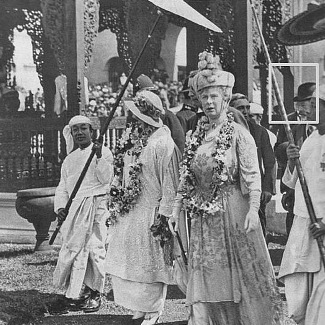 What had started off so well when Prince Albert agreed with Henry Cole to begin the tradition and spectacle of greeting the world in an exhibition held in Hyde Park's Crystal Palace in 1851 had succumbed to this. The once great and expansive British Empire was still intact, but the empire was just holding on, beginning to fade from view, just as the greatness of British power throughout the world was waning. This was not a new phenomenom. After London's spectacular opening of the World's Fair idea, they almost immediately retrenched into smaller, more specialized events, such as the series of exhibitions in the 1870's and 1880's, as well as a number of Empire themed exhibitions. But, after the Boer Wars and the 1st World War, it was becoming more and more apparent, not only in the capital of London, but also in the capital of France, that power and influence on the world stage was shifting. The British Empire Exhibition was London's, and Britain's, last gasp at holding on. It would not work.

Perhaps we're being a little harsh in that criticism. However, when London decided to hold a large scale empire exhibition, originally scheduled for 1915, but postponed when the world went to war, Great Britain still controlled a vast amount of the world within its colonial clutch. It wanted to exhibit it and show the British public just what it was and what it was worth to them. They built a great stadium, originally called Empire Stadium, and later Wembley, one hundred and twenty-five thousand seats. In many ways that stadium, which outlasted the empire, was the most lasting aspect. The area, a pleasure garden built by a railroad tycoon in 1894 would be the site, with rail connections already there. It was approved by the British Board of Trade in 1919. There would be permanent structures and construction would be done by serviceman back from World War I. Seventy percent of the construction was done by them. There would be four main buildings; the Palace of Engineering, Palace of Industry, Palace of Arts, and the HM Government building. There would also be that stadium and a building for each colony. And while the exhibition had to be called international in scope as it covered the world, from a British political standpoint, it was all about the Empire. 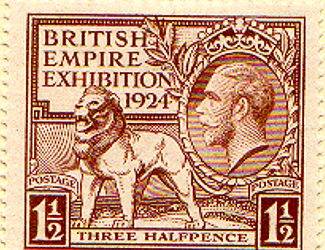 The Wembley lion was the symbol of the fair, roaring above an Empire that would have less tooth as each succeeding decade passed, but that had not happened yet. There would be pageants about Empire in the stadium, plus fireworks at night celebrating it. Each colony, represented in their own buildings, put on a show of the import to the Commonwealth. Canada feted the Prince of Wales, to become Edward III, with a statue in butter. Rudyard Kipling named the fifteen miles of roads inside. The Neverstop railway traversed the eastern side of the site, and yes, it never stopped. You had to jump on when it slowed.

The exhibition, despite its detractors, was a huge enterprise with exhibits from around the world, albeit the British world at the time. The buildings were expansive; the Palace of Engineering (500,000 square feet) and the Palace of Industry were the two largest exhibition buildings ever built, at least that was the claim. The amusement park was spread over fifty acres. Cafes and restaurants could seat 30,000 patrons at one time.

The opening ceremony was held on April 23, 1924 with King George V and Queen Mary in attendance, plus the Prince of Wales. It was broadcast throughout Britain with loudspeakers installed in Trafalgar Square, Royal Albert Hall, and Hyde Park.

Although most consider the exhibition at Wembley a failure due to its commercial loss and the symbolism of a fading empire, many in the British Government thought it had achieved its goals. They were willing to accept the deficit because it showed the extent of the British Commonwealth plus its potential for the future. Some thought it was the greatest exhibition Britain had ever hosted. That seems a stretch. Of course, what none knew then was that the future would be World War II by the end of the next decade and a demolition of the idea that the British Commonwealth and Empire had much of a future. They did get a big stadium and several other underused structures.

Goldsmith - "The Wemblies were the result of central government initiatives and the clumsy bureaucracy and inexperienced administration made the event a bit of a lumbering monolith. National interest and enthusiasm was intense - so much so that it was scraped together for a second year a) to try and recoup some of the losses, and b) to try and maintain this enthusiasm. To quote Mr. Gilbert (Mikado, Act Two) there was 'modified rapture' in 1925." 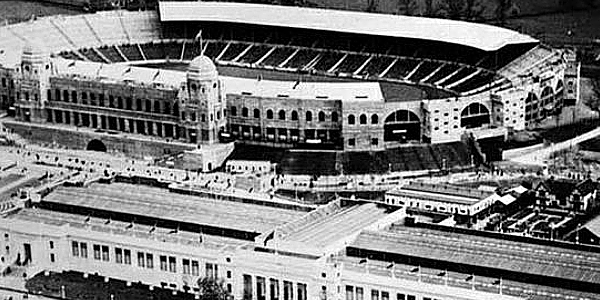 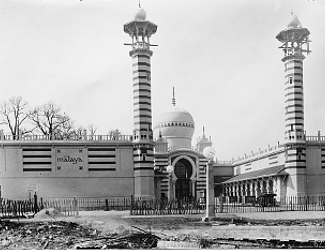 Note: It is sometimes difficult to tell whether certain nations or colonies actually participated in a significant way, especially in joint pavilions. Newspaper reports as well as the official guidebook may indicate participation when actual participation did not occur, or occurred minimally. Take the above as a guide, not gospel. Same could be said for whether you should count individual parts of a joint colony as one colony or more. For example, the London Times reported, on April 23, 1924, that there were more than seventy-eight independent governments participating.

Royal visitors included the King of Denmark, Kings and Queens of Italy and Romania.

Highest attendance was on Whit Monday when 321,232 people visited exhibition.

Music especially composed for the British Empire Exhibition included "England! Land of the Free," by Charles Harris. "Let's Go to Wembley (Exhibition, 1924)" by Zena Ward and N.M. Blair. "The Wembley March" by Henry Pruden. "My Little Wigwam, Wembley Way" by Bill Merson. "Sons of Empire" by H.A. Wallis and Loundon Williams. "Wembley Lancers" arranged by Lawrence Wright. "Wembling a Wembley with You" by Dudley Bereford and Harry Callman. "You've Got to Come to Wembley" by RP Weston, Bert Lee, and Harris Weston. "It's Wembley Ove Here," sung by Ernie Mayne.

Legacies
Palace of Industry became a warehouse after the exhibition and was partially torn down in 2006. The Palace of Arts also remained after the fair as did the Palace of Engineering and Government Building, both of which were demolished in the 1970's. The original Wembley stadium hosted the majority of great London sporting and other events until its demolition and replacement in 2007 with Wembley 2.

Henry Cole, nephew of the man behind the Crystal Palace Exhibition in 1851 was in charge of government exhibits. Prince of Wales, later Edward VIII, was president of the general committee. Exhibition was controlled by a Board of Management under chairmanship of Lord Stevenson, which had four members; Sir James Stevenson, the Duke of Devonshire, Sir Charles McLeod, and Lt. Colonel Sir A. Henry McMahon. Two additional members were added in 1925; Col. the Hon. Sir James Allen and Rt. Hon. J.H. Thomas. Chief Administrator for both years was Lt. Gen. Sir Travers Clarke. In 1925, the Prince of Wales was replaced as president of the exhibition by the Duke of York. 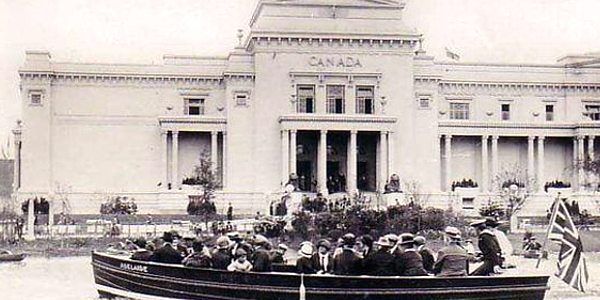