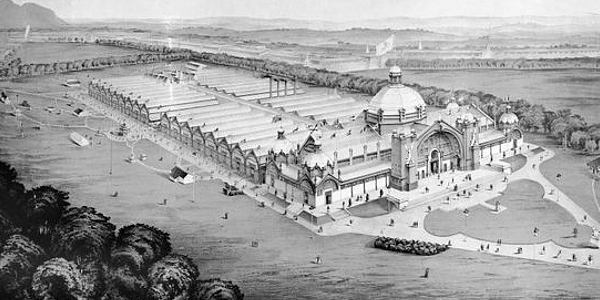 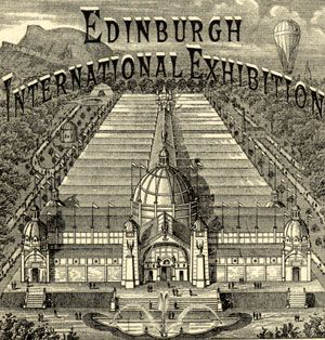 Sanction and Type - Prior to the Bureau of International Expositions. Would be considered a Recognized Expo with Special qualities like on the 2-3, 7-8 years of each decade today. 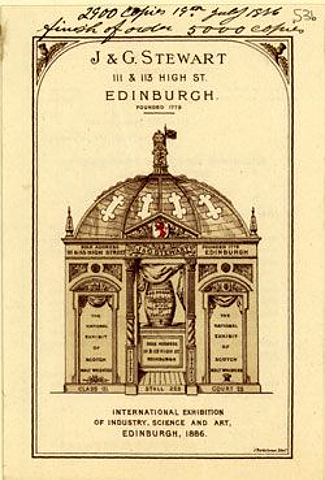 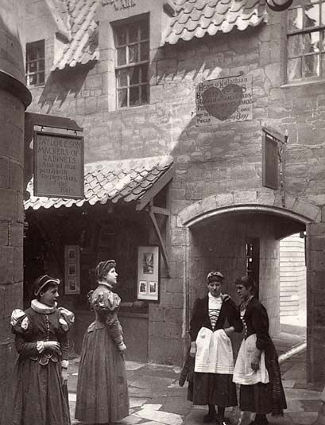 Yes, they were competing with cities of the British isles, but especially with their brethren Glasgow, and in the case of international exhibitions, Edinburgh would beat them to it. After holding a smaller event in 1884, the city would attempt the 1886 International Exhibition of Industry, Science, and Art as a public relations salvo for the commerce of the city. It was launched by the Merchant Society, would mark Scotland's initial foray into a large scale electric lighting project, and include a Grand Hall and Old Edinburgh section. That section, which focused on the buildings of the 14th and 16th century was the hit of the fair.

Yes, it was predominantly Scottish with its exhibits and limited in international scope, but it was one of the largest British events to celebrate Queen Victoria's Jubilee. The exhibition buildings would cover 8.5 acres and the subscriptions for funding had its goal of L25,000 easily surpassed. By April 29, there had been L32,000 raised. There would be two main buildings, one intended to be permanent 120 feet by 350 feet. The temporary structure would be even larger, 950 feet by 350 feet and have courts and sections for the nations and departments. The main building would have 112,000 square feet for exhibits.

Prince Albert Victor, grandson of the Queen, opened the fair on May 6 in front of 40,000. 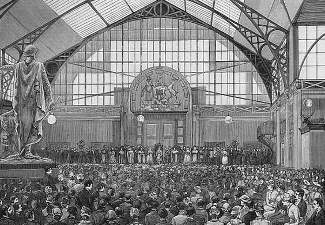 By June, the London Times was praising its success. The exhibition had far exceeded expectations. Yes, those foreign exhibits were small compared to the past London fairs, only one hundred foreign exhibitors against a total of two thousand three hundred. They put the foreign nations together in two courts instead of the traditional by nation format. That probably made it seem like there were more. Altogether, there were twenty thousands exhibits by those exhibitors. By July, the Times kept touting the surprise that the exhibition was doing so well, noting a coming visit of the Queen in August (she would come for two days, August 18 and 19) and that visitation was pulling in over 12,000 visitors per day. In the end, the Edinburgh exhibition turned a profit, and Edinburgh commercial interests were pleased. So pleased that hosting another fair in 1890 was quickly thought of. The special expo, known as the "The International Exhibition of Electrical Engineering, General Inventions and Industries" was nearly as successful, drawing only a couple hundred thousand fewer only four years later. 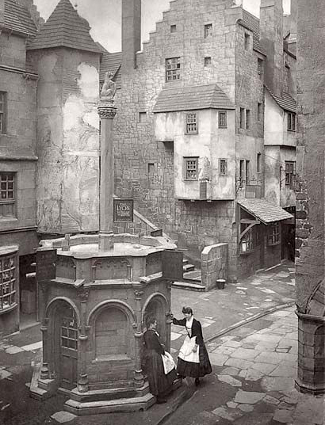 Expo Tidbits
Exposition had an Artisans and Women's Industry section.

Legacies
The site of the exhibition, Meadows Park, remains, although the buildings are gone. Some articles from the fair do make an appearance. The Memorial armillary sundial that makes the opening of the fair is on the Meadows site. Eighteen memorial pillars are located on Melville Drive. Throughout the city, other reminders remain, including the Brassfounder's Statue, a 17th century cannon exhibited at the event, Caledonian Railway CR 123, and the fair's cast iron gates. They're at Falkirk. Zetland and Fair Isle Knitting exhibited whale jawbones, which form the entrance to Jaw Bone Walk. 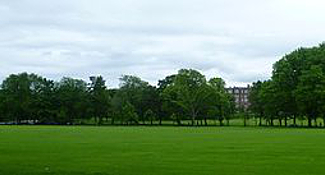 Those in Charge
Great Hall was designed by Glasgow architect John Burnet. Queen and Prince of Wales were patrons, and the Marquis of Lothian was the exhibition president